Just when we marketers start to feel like we have a solid handle on the latest tech – from SEO updates to changing ad guidelines and trending consumer behavior – a new piece of information is released and alters everything. This is the nature of marketing. That said, it’s practical to pay attention to growing trends without investing too much time. Which is why we put together this quick list of top stories to be on your radar this month.

US Digital Ad Spending Will Surpass Traditional in 2019

Read the full story from eMarketer.

Facebook has a new spin on Ads Manager that it has started previewing to advertisers. What’s changing? Last week, word started to get out that Facebook has a new version of Ads Manager in the works. Akvile DeFazio, who heads the agency AKvertise, said she got a look at the new interface Thursday. She compared the look to Reddit with the current navigation tabs at the top going away in favor of drop downs.

Ready the full story from MarketingLand.

Last weekend, Google published an extensive white paper detailing how it fights the spread of misinformation. These efforts, Google noted in the white paper, can be defined as coordinated,  "deliberate efforts to deceive and mislead using the speed, scale, and technologies of the open web." The open web, in this case, includes such Google products as Search, News, Ads, and video platform YouTube -- the last of which Google acquired in 2006.

Ready the full story from Hubspot.

Over 50% of U.S. Households Will Have Amazon Prime Memberships in 2019

New forecasts from eMarketer indicate that, in 2019, over half of U.S. households will have an Amazon Prime membership. The forecasts report that 51.3% of U.S. households will have signed up for Amazon Prime this year. The membership provides such benefits as free expedited shipping (sometimes on the same day, for certain zip codes), in addition to the free streaming of certain movies, TV shows, and music.

Read the full story from eMarketer. 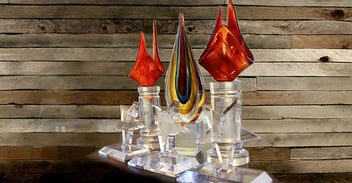 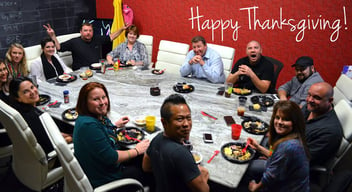 Striving to Be One of Houston's Best Places to Work

For the third time On Target! Agency has been named Houston area’s 100 fastest-growing private...

The Houston-based On Target! Marketing...